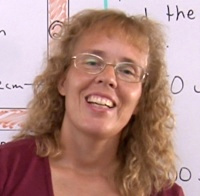 Hello!
In this article, I want to talk about MATH WORD PROBLEMS. They indeed give many children "problems", but that doesn't have to be!

Here's the outline of the article:

Have you ever noticed this kind of "recipe" for math lessons in many math books?

Children might be learning about multi-digit multiplication, or subtraction, or dividing decimals. After the calculation exercises come some word problems, which oddly enough are solved by using the exact operation just practiced!

Worse YET... typically the word problems in elementary grades only have TWO numbers in them. So, even if you didn't understand a word in the problem, you might be able to do it. (The misguide to problem solving at the end of this article refers to this also.)

Just try: the following made-up problem is in FINNISH... and let's say it is found within a long division lesson. I assume now that you do NOT know Finnish — but can you solve it?

Drag your mouse over the white space below to see the translation (highlight it).

The store has 873 sheets in 9 different colors. There is the same amount of sheets for each color. How many sheets of each color are there?

My thought is that over the years, when children are exposed to such lessons over and over again, they figure out that it's mentally less demanding to NOT even READ the problem too carefully! Why bother? Just take the two numbers, divide (or multiply, or add, or subtract) them, and that's it. They "learn" (intelligently) this unspoken rule:

"Word problems in math books are solved by some routine or rule that you find in the beginning of that particular lesson."

It is no wonder that our students are not able to solve anything that's different from that routine!

How can you avoid this terrible situation?

Children simply need to be given good problems to solve. That way, they will get used to THINKING.

These good word problems should advance in difficulty over the grades, and foster children's logical thinking. ONE-step problems are adequate for 1st and 2nd grades, and then here and there mixed in with other types of problems.

In early elementary grades, one needs to mix up the (often one-step) word problems so that not all of them are solved by the operation just studied. I have done that often in my Math Mammoth books.

For more word problems than in your current math curriculum, check the list of problem solving resources at the end of this article.

Here's how to help a student with problem solving and word problems using Math Mammoth. Such a student could go through all of the Math Mammoth Light Blue or Blue series, starting from grade 1 materials, and do ONLY the word problems and related lessons.

Next, let's take a look at some PROBLEMS.

First, look at this example problem from a Russian fourth grade book:

A similar problem is included in the 5th grade Singapore textbook:

Raju and Samy shared $410 between them. Raju received $100 more than Samy. How much money did Samy receive?

Now, these are not anything spectacular. You can solve these types of problems for example by using a bar model (image from Math Mammoth grade 5 Light Blue series):

Yet in the U.S., these kind of problems are generally introduced in Algebra 1 — in ninth grade(!), AND they are only solved using algebraic means.

Here is another example, of which I remember feeling aghast, found in a modern U.S. algebra textbook:

Third-grade children should know multiplication well enough to quickly find that 6 and 7 fit the problem! Why use a "backhoe" (algebra) for a problem you can solve using a "small spade" (simple multiplication)!

I know some will argue and say, "Its purpose is to learn to set up an equation." But for that purpose I would use a bigger number and not 42. (Try 3422.

Another example, a 3rd grade problem from Russia:

A boy and a girl collected 24 nuts. The boy collected two times as many nuts as the girl. How many did each collect?

You can draw a boy and a girl, draw two pockets for the boy, and one pocket for the girl. This visual representation easily solves the problem.

Here is an example of a Russian problem for grades 6-8:

(You can solve this in many different ways — and that is a often the case withe good word problems.)

So, once again, the only true way of learning to solve word problems is .... TO SOLVE LOTS OF THEM. They don't have to be real-life or involve awkward numbers (such as occur in real life). Realistic, complex problems might be good for a "spice", but not for the "main course". "Fantastic" (unreal) problems are fine.

One of my girls used to cherish the word problems in my Math Mammoth books MORE than the other kinds of problems. And the general consensus of the feedback I hear from Math Mammoth users is that once children get used to solving a variety of word problems, it's no longer a problem!

Some children, if not used to solving word problems, may need to start from the beginning — with a collection of simple one-step word problems (mixed up). But that's okay. They will learn!


Lastly, a joke by Lynn Nordstrom:

Rule 2: Extract the numbers from the problem in the order they appear. Be on the watch for numbers written in words.

Rule 3: If rule 2 yields three or more numbers, the best bet is adding them together.

Rule 4: If there are only 2 numbers which are approximately the same size, then subtraction should give the best results.

Rule 5: If there are only two numbers and one is much smaller than the other, then divide if it goes evenly -- otherwise multiply.

Rule 6: If the problem seems like it calls for a formula, pick a formula that has enough letters to use all the numbers given in the problem.

Rule 7: If the rules 1-6 don't seem to work, make one last desperate attempt. Take the set of numbers found by rule 2 and perform about two pages of random operations using these numbers. You should circle about five or six answers on each page just in case one of them happens to be the answer. You might get some partial credit for trying hard.

I hope your students do not fit the above joke.

Math Stars
Free newsletters with the purpose of challenging students with good problems that inspire curiosity. Math Stars are in sets for Grades 1-8 and include commentaries for teachers.

Problem Solving Decks
A free collection of problems for grades 1-8, originally published by the North Carolina State Board of Education. 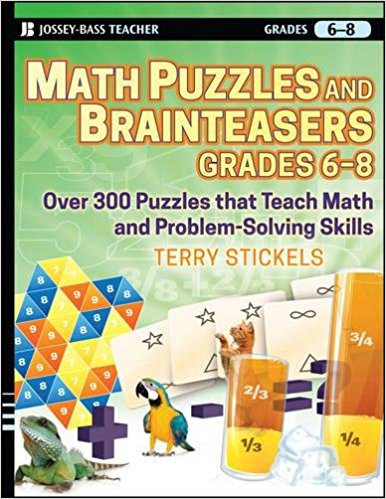 Math Puzzles and Brainteasers, Grades 6-8
A book with over 300 delightful puzzles and problems that teach math and problem solving.

Mixed operations word problem worksheets
These are all one-step problems but useful for grades 3-4 students who need such practice.

Word Problems in Russia and America
An article by Andrei Toom. Contains some good example problems from Russia!

National Math Festival — collection of math newsletters that contain interesting & fun problems by themes such as "Math and Cats", "Math and Time", and "Math and Desserts". 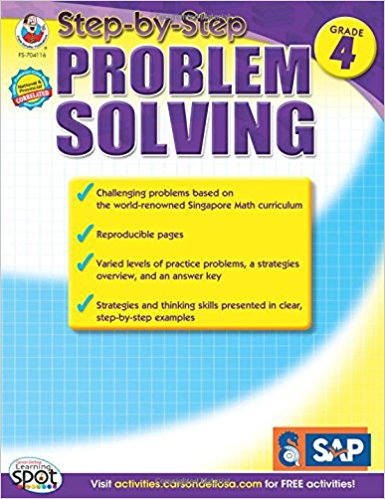 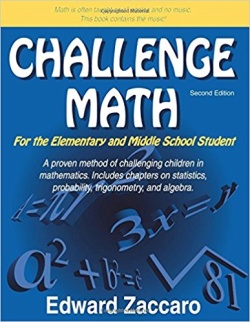 Challenge Math For the Elementary and Middle School Student
For children in grades 4-7. Contains 20 chapters with instruction and problems at three levels of difficulty.