May SALE! Get Math Mammoth and Make It Real Learning downloads & CDs at 25% off — right here at the MathMammoth.com website. Use coupon code MAYSALE25 at checkout. Offer valid through June 1, 2021.

Similarities in studying math and studying the book of Revelation

I have always been kind of fascinated by the book of Revelation, because it seemed mysterious, and even now, when I understand some of it, I still enjoy studying it. It's kind of like the "x" in algebra — unknown and mysterious, BUT just like in algebra, the mystery CAN be solved and proven to be the right solution. We don't have to guess. It's sad for me to see so much guesswork going on today when it comes to the book of Revelation — weird theories without a true foundation.

You see, there are lots of similarities when studying math and studying the Bible. For example, different things TIE together. In math, you cannot go on to study decimals and just forget what you have learned earlier about addition, subtraction, place value, etc. of whole numbers — because all those various concepts tie together! Math builds on itself. You cannot isolate and say, "OK, today I'll just study fraction division and forget the rest of the math."

Well, I just said you cannot "isolate" the topics, but people DO that... they take fraction division and study it as an isolated formula of "invert and multiply" and teach children to NOT see the connections — just memorize the formula!

But studying math like that comes at a cost. Eventually all those disjointed memorized formulas become like a house of cards in the student's mind: it falls. Such a student doesn't gain any true understanding of mathematics, and once they forget the formulas, they have nothing.

Something similar (but worse) happens with the Bible. Unfortunately! People teach Revelation as if it's some kind of a separate subject, and as if it won't matter if it doesn't make sense considering the rest of the Bible. So, it is similar to how many people study math — yet, in reality it is worse, because at least with math, students are given the correct formulas. But theories about the book of Revelation are often taught just simply wrong.

Here's an example. Many people say the dragon in Revelation is the Devil = Beelzebub = Lucifer from Isaiah 14, and that he fell from heaven, and AFTER THAT started tempting people. Yet, in Isaiah 14 it says Lucifer WEAKENED the nations BEFORE his fall (not after!).

Or, we see in the book of Job how Satan is tempting Job and destroying his flocks and family. Then, in the book of Revelation (much LATER) the dragon is in heaven, supposedly getting ready to devour the "man child" (which some say is baby Jesus). If Satan is the dragon, did he first fall from heaven, tempt Job, and then later get back to heaven???

I'd like to invite you to view this video series about the book of Revelation. It presents a UNIFIED view, one that is consistent with the rest of the Bible. 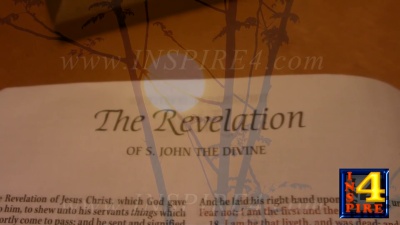 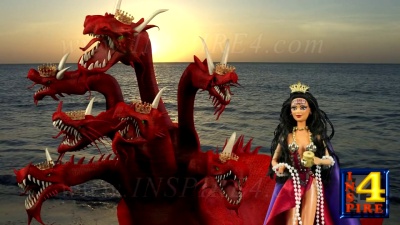 Part 2: The sea, the dragon, and the harlot Babylon 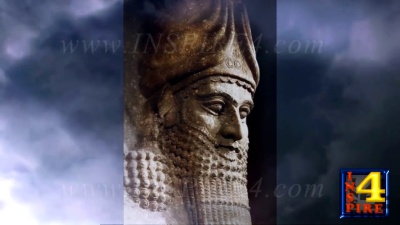